Airborne pollution and particulates are everywhere. When chemical particles enter the respiratory system via the nose or the mouth, the body turns on its cleansing mechanisms, and the immune system is put on active duty. So we are in constant alert mode from the great amount of pollutants in our air.

The routine spraying of toxic agents in the air from jet airplanes in what is called "stratospheric aerosol geo-engineering" has been generating increased respiratory ailments. Geo-engineering aerosols are sprayed in the sky every few days in most areas of North America.

The metal salts of silver iodide, aluminum, barium, strontium, thorium and cadmium, some of them radioactive; the sulfur dioxide (maker of "acid rain"), sulfur hexafluoride, plastic fibers and micro-crystals; and the BIOLOGICAL SUBSTANCES, the mold and fungal spores, algae, bacteria, blood cells and insect eggs; that are being released in the sprays, are nearly all harmful to humans, animals and plants.

They spray geo-engineering toxins in rural areas as well as cities, contaminating the air, water and ground everywhere with their toxic fog, harming people, animals and plants.

You and your loved ones are breathing and swallowing these health damaging substances, much of it WITHOUT YOUR KNOWLEDGE OR CONSENT.

The nuclear plant in Fukushima, Japan, has been an ongoing source of expanding radiation since the first earthquake and nuclear disaster there in 2011. There is still deadly contamination by radioactive particles coming into in much of the northern hemisphere. The mainstream media does not report about this.

You would have to wear a high-grade gas mask to avoid breathing these nano-particles, and thoroughly clean your water and food to decontaminate them as much as possible.

What about the glyphosate and other agro-chemicals and additives in the foods, the fluoride in the water and medicines, the mercury and aluminum in drugs and dental work, and on and on? How successful are you at avoiding public poisons?

~ Learn the issues about vaccines and flu shots.

~ Avoid nearly all seafood, especially from the Pacific and the Gulf of Mexico.

~ Avoid plastics and polymers in and around your body, food, water and clothing.

of precipitation following the spraying of geo-engineering aerosols.

~ Designate footwear for indoor only and outdoor only use.

~ Remove outdoor footwear at the door.

~ Designate outer layer garments for indoor or outdoor only wear.

~ Remove garments exposed to aerosol fallout at the door.

~ Keep a cell phone away from your body, especially the head.

~ Minimize exposure to electromagnetic frequencies (EMFs), such as:

~ Move away from highly toxic areas, such as:

Get the poisons out! --> aluminum, barium, arsenic, lead, mercury, cadmium, glyphosate, other pollutants, pesticides, residues, parasites and more. We all have them!

Detoxify and Boost Your Health

cleans inside and out

Throughout history the use of clay, especially bentonite, has been well documented.

The unique structure of the molecules in bentonite carry a negative electron charge. This comes from the valance electron count from the specific minerals.

lay has a negative charge. Stored poisons and toxins have positive charges.

The body of almost everyone

has overload toxins. There is no other way to relieve allergies and other problems and be full healthy than by getting rid of these toxins. For this, take half a glass of liquid clay every morning. Clay poultices on the liver before going to bed will help greatly.

you can drink a mixture of water and lemon juice (half a lemon squeezed in a glass of hot water) twice a day. Apple cider vinegar and water is also good.

Charcoal, which is pure carbon dust, removes poisons from the body very well by the process of adsorption. The molecules of toxins are drawn to the carbon and stick to it. It can help in detoxifying the colon or countering accidental intake or exposure to a poison. It is the most successful agent at removing radioactive particles from the body.

Pure charcoal can be consumed with water. Avoid ingesting the powder dry as it could be inhaled and cause suffocation. The charcoal will travel through the digestive tract without being absorbed. It draws toxins through the intestinal lining.

Activated charcoal has been processed to expand the adsorption capacity dramatically. The most effective for consumption is activated coconut shell charcoal.

NOTE: There is some concern that activate charcoal may interact unfavorably with the nanotechnology and graphene in those who have been injected with it.

High quality flax seed has ideal fiber for intestinal cleansing. The seed is 25% fiber, with an approximately equal balance between soluble and insoluble fiber. This fiber works gently to effectively sweep and move intestinal debris along.

The liver is the body's workhorse organ. Its involvement in various metabolic functions makes it susceptible to stressors. One of its crucial jobs is to constantly remove toxins from the bloodstream.

Both the liver and the kidneys have their share of stress in filtering out toxins from the blood. Public poisons and EMFs can harm and impair the liver and other organs.

With the tremendous amount of pollutants from diet and the environment, the liver can become overwhelmed, allowing toxins to slip through and build up in the body. This can cause or worsen several degenerative diseases.

Gradually, the liver may begin to wear out, letting illness develop that can detract from the enjoyment of life.

The liver needs periodic help with an herbal cleanser and nutritional support. At the same time excessive toxic wastes need to be removed from the blood and tissues and avoided in the future.

The lungs are a pair of organs crucial to survival. Our respiratory system is impaired by pollutants as well as tension. Further, a deficiency of oxygen is at the root of much disease. There are herbs that can help the lungs and improve breathing, as well as supplemental oxygen for better health.

Geo-engineering aerosols have been found to contain a fungus that eats up important nutrients in our body, weakening the immune system. Other toxins contribute to this problem. It is crucial to provide the highest quality nutrition through consuming super foods and special agents that provide.

Click here for information on assistance for the immune system.

Sweat out toxins in a Far Infrared Ray sauna.

The public poisons operations have been conducted for decades, based on the long-standing cabal intention for reducing the intelligence, health and lifespan of the general population. Their goals have been more power and wealth for themselves, and eliminating resistance to the point of full control of the victims remaining. For decades they have developed silent weapon technologies for their purposes.

Earth's environment and all living things are in grave danger from the poisons of stratospheric aerosol geo-engineering (Stratospheric Aerosol Injection for Solar Radiation Management), aka "chemtrails". The ozone layer depletion it is causing and the methane release it is generating are involved in thousands of species going extinct. Trees are dying in great numbers, people and animals are getting ill, going haywire and dying early, as planned mass mind control and extermination is underway.

The nanotechnology introduced into people is even more concentrated in the masks, test swabs and injections for the fraudulently promoted COVID program.

These sinister operations are now being widely exposed, but corrective measures need to be taken to stop the public poisons, restore health and prevent loss of brain faculties and early death.

Caring For Each Other

Back to beginning of Public Poisons Module

Please support this informative project through purchases at:

Your donation will help support my research and development.

Protection from EMF and RF

Detoxify and Boost Your Health

Do You Want Poisons or Water Fit to Drink?

Get Deadly Fluoride Out of Your Water!

For a deeper understanding of natural health, the deceptive control system, the cabal behind it, the developing economic and social challenges and more, plus resources and natural self-protection methods, please consider Jon's other important learning modules:

You are at the Public Poisons Learning Module.

over 50 years of graduate-level research & experience

crucial knowledge needed for the years ahead 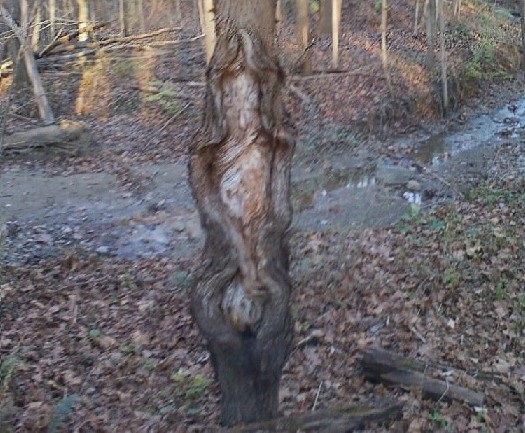 DISCLAIMER: The information provided at Natural Health Enterprises and Life Circle Media websites is for educational and entertainment purposes and is not intended as financial, psychological or medical diagnosis or advice, nor as a substitute for the advice of a qualified professional of any type.

THANKS FOR YOUR ATTENTION!